Why Microsoft 365 is the Future of Windows for Your Company

Microsoft 365 is the new package Microsoft is offering, and it includes a little of everything: Here’s why it can appeal to more companies, and just what you get. We know you may be tired of yet another Microsoft term to remember: The company likes its names, and figuring out how Azure, OneDrive, SharePoint, O365, […]
Schedule Initial Consultation

Microsoft 365 is the new package Microsoft is offering, and it includes a little of everything: Here’s why it can appeal to more companies, and just what you get. 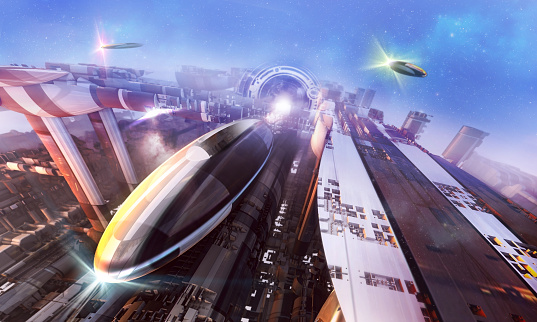 We know you may be tired of yet another Microsoft term to remember: The company likes its names, and figuring out how Azure, OneDrive, SharePoint, O365, Teams and more all relate to each other can be a challenge. But here’s a name that you should keep in mind – Microsoft 365.

This is Microsoft’s new attempt at convergence as the company tries to tidy up its offerings and create more business-friendly packages that companies can understand. In the future, you won’t need to worry about putting together a complex tangle of services on your own: You can simply choose the right Microsoft 365 package for your company. Here’s why this looks like a great move.

Windows and O365 are Combined

Microsoft 365 is essentially a combination of traditional Windows software with newer, more enterprise-oriented Office 365 services so that companies get both at the same time. If you’ve had experience with Secure Productive Enterprise (yet another name to remember), this is a big rebranding of that concept with additional features added in to make it a stronger, more flexible package.

Inside this package, you get both Windows 10 Enterprise and Office 365 Enterprise, software and services ready to work together right out of the box, with no need to mix and match Microsoft products until you get what you want.

It’s also important to note that this new bundle was announced at Inspire, which is Microsoft’s partner conference. They aren’t just looking to appeal to buyers here, but to partners who will want their own services to be compatible with Microsoft 365. In other words, when you pick up Microsoft 365, Microsoft wants you to have compatibility with Box and other such cloud services right off the bat. The word is that Microsoft will be offering partners incentives to sell compatible applications with Microsoft 365 ASAP.

So, what does it really mean to have Office 365 Enterprise and Windows 10 Enterprise bundled together? The convergence is mostly good news for Windows 10 – Office 365 isn’t changing much except for the rebranding efforts, but compatibility and security are now easier to understand and use with traditional Windows documents. The AI and encryption features of O365 will apply throughout the Windows system: Any toolkits that developers or companies use to manage their systems are now more universal, allowing companies greater freedom in deciding what apps to use and how to share data across the system. Likewise, management should also become easier (or at least easier to understand) since key administrator decisions will automatically affect all apps and services throughout the company without the need to stop and coordinate.

Your Mobile Devices are Covered, Too

The third part of Microsoft 365 is Enterprise Mobile + Security, which extends all these benefits throughout a mobile framework, including network security. It’s worth calling this particular piece out because many companies are currently at a juncture where they are deciding how much to invest in mobile, and how mobile centric they need to be in the coming years. The answer is often “we need to be more mobile” in varying ways, but whether you’re talking about optimization or BYOD it’s still a challenge to find the right services that can manage mobile and desktop services at the same time – with appropriate security. The M365 package also addresses this need, which may be exactly what some companies are looking for.

You Get a Choice of Plans

Microsoft has also broken M365 down into several different plan choices. For the primary Enterprise offering (everything we’ve talked about so far), there is an E3 and an E5 package available: Both will hit the market in August 2017. There’s not too much difference here, except that E5 includes a few extra services for larger corporations that may still be wedded to older systems, like Cloud PBX capabilities, more thorough Threat Intelligence services, more Azure data management, and so on.

However, Microsoft is also offering a second option called Microsoft 365 Business. Business is essentially a smaller package with fewer licensing options that is designed specifically for small and mid-sized companies instead of larger businesses. It’s only intended for companies with up to 300 users and offers the same “everything on every device” concept, but with simplified features and services. It’s especially useful if your IT department is highly concentrated and one administrator can be reasonably expected to manage data for the whole company.

Along with the big rebranding and convergence announcement, Microsoft added that it would be bringing three new application to Office 365 (and, by default, to Microsoft 365 as well).

It’s also worth noting that a new O365 business center will help manage these new apps and other information in a more centralized location. All in all, if you use Windows services there’s a lot to get excited about here, especially for growing companies. But if you aren’t quite sure where to begin or just what services or packages are worth the cost, CTECH Consulting Group can help out! Let us know your plans for your {city} operation, and we can provide the right solutions: Contact us at (403) 457-1478 or info@ctechgroup.net to learn more.