The world seems ready to move to electronic medical records; however, not everything about the transition is rosy. Although the debacle of Canada Post and Cancer Care Ontario losing 12,000 cancer patient records is signing the death knell to snail mail and paper administration, many doctors are still wary of the world of EMR as […]
Schedule Initial Consultation

The world seems ready to move to electronic medical records; however, not everything about the transition is rosy. Although the debacle of Canada Post and Cancer Care Ontario losing 12,000 cancer patient records is signing the death knell to snail mail and paper administration, many doctors are still wary of the world of EMR as well. 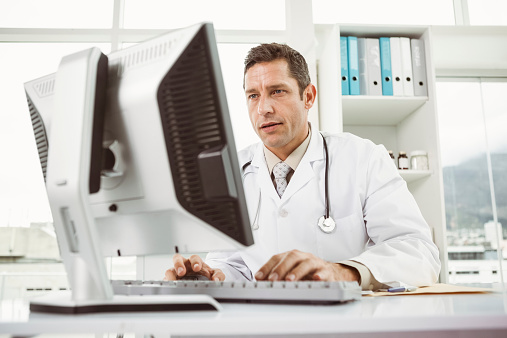 Allegedly, Canada Post and Cancer Care Ontario lost the records of more than 12,000 cancer patients because the two organizations chose to transport those records using snail mail. Many of the records were supposedly found in the offices of those doctors later on; however, there was no system to follow the movement of the physical paper. Over 5,000 records remain missing to this day.

EMR: The No Brainer?

Episodes as brash as the one above seem to provide more than ample reasoning to move all of Canada’s medical industry completely and fully over to EMR. However, many doctors have concerns about the high cost of implementation with no guarantee of the performance that EMR currently suffers from. Although there are some trusted companies for EMR vendoring such as OSCAR, the government has shown itself so far incompetent in identifying a standard for such companies across the board. Because EMR vendors must be government-approved, this leads doctors into an untenable quandary that puts their patient records, and thus their livelihood, at risk.

Too Expensive to Move

Even the doctors who are looking to move to EMR have plenty of complaints. The products that they are forced to use are not as reliable as the supposedly antiquated system they were created to upgrade. With less performance comes a higher cost, which is completely untenable considering that part of the reason for the required move to EMR was to reduce the cost of keeping paper records.

There is an extremely high maintenance cost associated with EMR administration as well. Many doctors say that the government has yet to step up and provide an appropriate subsidy to help doctors change into the system or maintain the ongoing costs. Dr. Kunwar Singh expressed the sentiments of many medical professionals in Canada when he said that he would retire if forced to implement EMR. The cost, he stated, would be $75,000 out of pocket, and the government was barely covering a third of that. Many doctors agree that a government mandate that the government is not willing to pay for is quite an unfair policy.

So far, no one has been able to get the finances of EMR quite right. There is currently no policy that gets the economic priorities of the health care system with the doctors and the IT companies that stand to benefit from EMR implementation. As long as the vast majority of doctors refuse to cooperate, everyone else is basically at a standstill. Tending a financial solution in favor of the EMR companies is especially unfair considering their performance has been bleak so far, leaving doctors completely stranded if they close, holding records hostage to sell to third party companies and refusing to adopt their systems to the needs of the offices that implemented them.

The Solution is Open Source

The OSCAR Canada Users Society has implemented an open source solution that addresses the problems of inflexibility and cost – it is free and updated by users. Reports of the performance of this system far outpace the government sponsored options on the market.